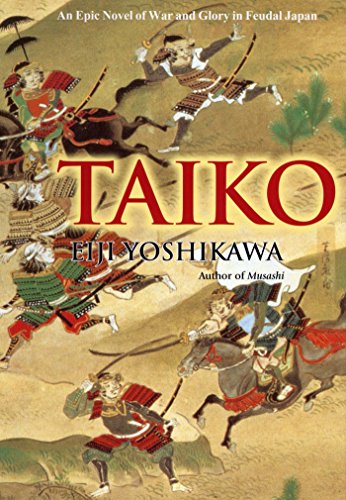 In the tempestuous closing decades of the sixteenth century, the Empire of Japan writhes in chaos as the shogunate crumbles and rival warlords battle for supremacy. Warrior monks in their armed citadels block the road to the capital; castles are destroyed, villages plundered, fields put to the torch.


Amid this devastation, three men dream of uniting the nation. At one extreme is the charismatic but brutal Nobunaga, whose ruthless ambition crushes all before him. At the opposite pole is the cold, deliberate Ieyasu, wise in counsel, brave in battle, mature beyond his years. But the keystone of this triumvirate is the most memorable of all, Hideyoshi, who rises from the menial post of sandal bearer to become Taiko--absolute ruler of Japan in the Emperor's name.


When Nobunaga emerges from obscurity by destroying an army ten times the size of his own, he allies himself with Ieyasu, whose province is weak, but whose canniness and loyalty make him invaluable. Yet it is the scrawny, monkey-faced Hideyoshi--brash, impulsive, and utterly fearless--who becomes the unlikely savior of this ravaged land. Born the son of a farmer, he takes on the world with nothing but his bare hands and his wits, turning doubters into loyal servants, rivals into faithful friends, and enemies into allies. In all this he uses a piercing insight into human nature that unlocks castle gates, opens men's minds, and captures women's hearts. For Hideyoshi's passions are not limited to war and intrigue-his faithful wife, Nene, holds his love dear, even when she must share it; the chaste Oyu, sister of Hideyoshi's chief strategist, falls prey to his desires; and the seductive Chacha, whom he rescues from the fiery destruction of her father's castle, tempts his weakness.


As recounted by Eiji Yoshikawa, author of the international best-seller Musashi, Taiko tells many stories: of the fury of Nobunaga and the fatal arrogance of the black-toothed Yoshimoto; of the pathetic downfall of the House of Takeda; how the scorned Mitsuhide betrayed his master; how once impregnable ramparts fell as their defenders died gloriously. Most of all, though, Taiko is the story of how one man transformed a nation through the force of his will and the depth of his humanity. Filled with scenes of pageantry and violence, acts of treachery and self-sacrifice, tenderness and savagery, Taiko combines the panoramic spectacle of a Kurosawa epic with a vivid evocation of feudal Japan.