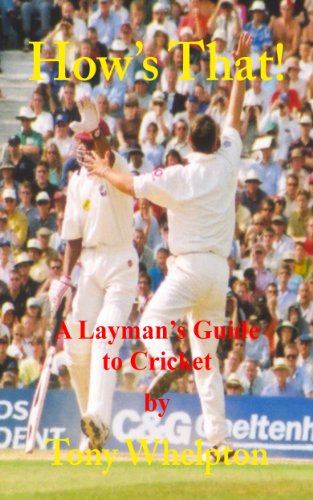 This is a newly-revised version of a book first published in paperback in 1998, which was very popular but went out of print in 2008. Because the Kindle re-launch has been so successful, a new version of the paperback has now been published.
It is a book which explains the game of cricket in a way that isn't over-complicated, takes nothing for granted, doesn't over-simplify unduly and - which is very important - doesn't treat its subject in such a facetious manner as to defeat the whole object.
It doesn't pretend cricket isn't a complex game, but it does make sure that you pick up all the pieces of the jig-saw puzzle in the proper order so that everything makes sense right from the start, with every new piece added clearly helping to build a bigger picture and helping you to enjoy the game even more.
It is enhanced by lively and charming cartoons drawn by Tim Parker.