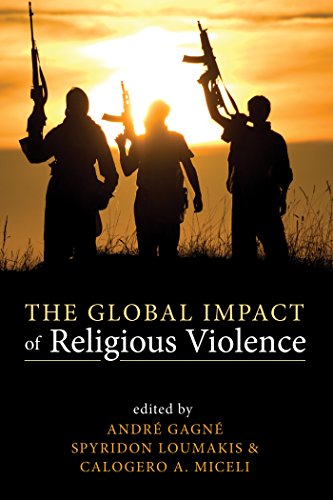 Editor: Wipf & Stock, an Imprint of Wipf and Stock Publishers

Acts of terror are everywhere! Not one day goes by without hearing about the latest suicide bomb in Baghdad, knife stabbing in Germany, or shooting spree in France or in the United States. A Christian extremist preacher claims that homosexuals deserve to die because he considers their lifestyle to be sinful; groups like ISIS perpetrate genocide against religious minorities and call for global jihad against infidels; Buddhist monks in Myanmar persecute the Rohingya for fear that the Muslim minority destroy their country and religion. All these actions seem to be somehow religiously motivated, where the actors claim to act in accordance with their beliefs. In the midst of this spiral of violence seen across traditions and geographical locations, there is a pressing need to understand why people act as such in the name of their faith. The Global Impact of Religious Violence examines why individuals and groups sometimes commit irremediable atrocities, and offers some solutions on how to counter religiously inspired violence.

"The essays in this book explore the controversial thesis that religion itself leads to violence, rather than simply being used to justify the actions of angry activists. Though many will argue with this assumption, it contributes to the ongoing discussion about the role of religion in the violent encounters of contemporary public life."
--Mark Juergensmeyer, author of Terror in the Mind of God: The Global Rise of Religious Violence

André Gagné is a tenured associate professor at Concordia University (Montreal). His most recent co-edited volume is entitled Constructing Religious Identities during the Second Temple Period.

Spyridon Loumakis is a PhD candidate in Religion and part-time lecturer at Concordia University (Montreal).

Calogero A. Miceli is a PhD candidate in Religion and part-time lecturer at Concordia University (Montreal) and Marianopolis College (Montreal).